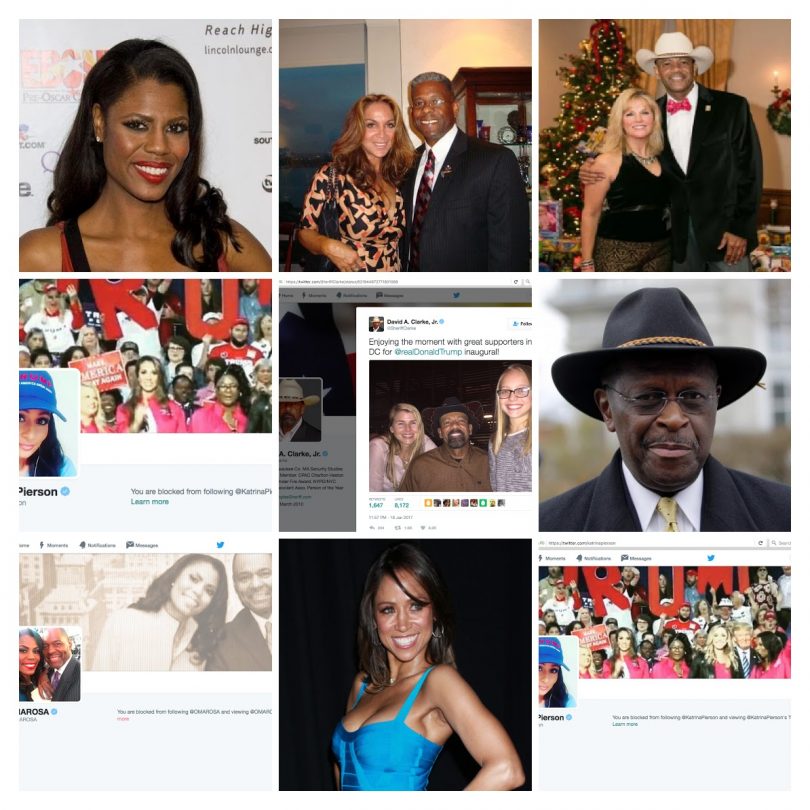 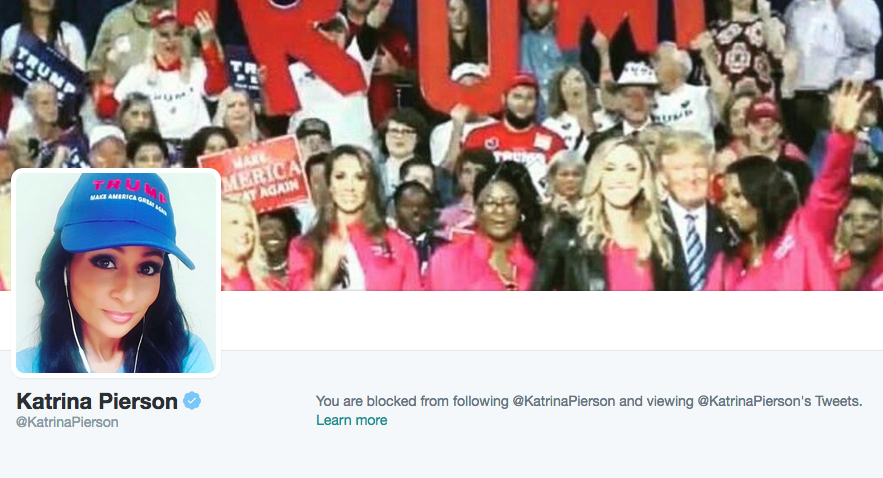 Katrina Pierson who blocks real blacks, especially those who know facts about her masters/owners.

White #tcot, #teaparty, #twitchy, #PJNet, #MolonLabe and other GOP members consistently present Allen West (Pamela Geller’s “go-to lawn jockey”), Larry Elder, Ben Carson, Stacey Dash, @GOPBlackChick, South Carolina’s Tim Scott (Strom Thurmond’s and Sarah Palin’s boy) and other placating blacks to all as the examples of blacks they’d prefer to be around and/or would like ALL to be at all times.

However, THIS is why others (ACTUAL free-thinking blacks (can make their own choices, use their own words), whites, Latinos, Asians, #LGBT and others with integrity) CAN’T join in with them:

Self-hating blacks such as Ben Carson, Larry Elder, Stacey Dash, Tim Scott and others, including black persons on https://twitter.com/CharXRenee/following‘s list, ARE happy to stay in a party infected by Dixiecrats and where today’s GOP members are

THEN… find a redundant clone such as Dash, West, Carson or Tim Scott to place out front to make an offensive statement (lawn jockey) to excuse and condone hatriot behavior towards their own race as a WHOLE and other non-whites.

Self-hating non-whites (George Zimmerman, Bobby Jindal, Nikki Haley, Ben Carson, Allen West, Tim Scott), that today’s Strom Thurmond-GOP prefers, will never speak out against injustices against their race and other non-whites or even women because they’re afraid of losing all their work and time spent cozying up to hatriots who make the following statements:

Woman Who Called for ‘Nigger’ Obama’s Assassination in Viral Facebook Post Confronted by News Crew, Is Officially the Worst Person in the World
http://gawker.com/5959209/woman-who-called-for-nigger-obamas-assassination-in-viral-facebook-post-confronted-by-news-crew-is-officially-the-worst-person-in-the-world

Police Commissioner Who Proudly Called Obama the N-Word Not Crazy Enough to Keep His Job
http://nymag.com/daily/intelligencer/2014/05/robert-copeland-proudly-called-obama-n-word-resigns.html

Racist Teens Forced to Answer for Tweets About the ‘Nigger’ President
http://jezebel.com/5958993/racist-teens-forced-to-answer-for-tweets-about-the-nigger-president

There are thousands of examples like this, especially on GOP teaparty and kkk sites, dating as far back to 2008. You should see the e-mails I received from Sarah Palin’s fans in 2008. Somehow registered voters became a part of a mail list group to share their “strategies” and info, and boy, did we see an infinite amount of hatriotism, including from internalized racist blacks. Anyone, including me, who didn’t agree with them were IMMEDIATELY called “welfare queens”, “drug addicts”, multiple baby mama’s/daddy’s and all the other standard rhetoric of their masters.

And, of course, the persons who pal PROUDLY with hatriots are QUICK to say, “well blacks use the N word too”. Just find Elizabeth Hasselbeck to chime that in to justify today’s GOP’s daily racism with pride. And definitely, GOP whites WILL defend their lawn jockeys that they’ll need to place out front in the future. Even a lawn jockey will make a statement on behalf of their master to deflect from the hatriots they’re proudly roaming with. 😐

But here’s something still-chained blacks/non-whites, Bobby Jindal and Nikki Haley included, who think they have to cozy up to hate, should familiarize themselves with, if it’s okay with their masters:

“If you can't feed a hundred people, then feed just one.”
— Mother Teresa