Apparently all blacks should adhere to doctrine of Larry Elder 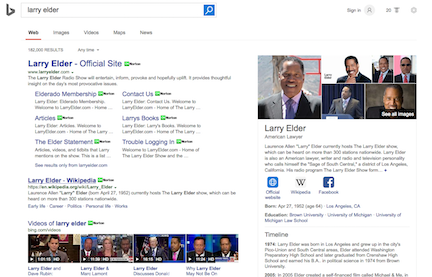 First, I had to look up who Larry Elder was. I went all the way around the world (with Bing “who is Larry Elder”), only to come back to twitter to see I’ve already blocked him:lmfao:, and clearly a long time ago as I don’t even remember his name but his views are still extreme, shocking, offensive, disturbing and lawn jockey-based views.

Once again, conservatives are ONLY accepting/tolerant of non-whites IF they speak their authorized words, submit to their will, placate their hate, and are willing to stand out front like a lawn jockey to make an offensive statement on their behalf.

Here’s “JacqueALantern” scolding because he/she’s tired of the Republican bashing. And this scolding was after showing him/her this blog which captures members of its own party.

But how this all started… peep these tweets which started from @BRios82 highlighting examples of GOP’s racism:

.@NikkiMoi We are. We accept everyone. You're blind to facts. Here's one example of your bigoted GOP members. pic.twitter.com/d2BfFVW5wb

and here comes Jackie, as an official spokesperson for today’s Strom Thurmond-GOP. “JacqueALantern” starts off by declaring liberalism is a problem and Democrats should be segregated from, abandoned, left behind to fix what he/she perceives as THE problem. he/she states in regards to Bruce Jenner’s interview, not all Republicans are alike, but starts off conversation with a complete stranger with same as .

@tamrany "Your nonchalant allegiance to Democrats damages the country in general and the black community in particular." LElder

.@jacquealantern so your'e saying to me, a registered Independent, that I should break away from all Democrats, segregate from them?

.@jacquealantern so let me see if I understand this: liberalism is something to be eradicted, fixed? @anyalhas @GOP @BRios82 @NikkiMoi

@tamranyc @larryelder Just weary of the constant Republican bashing and some that believe if you're not a Dem ur a racist. Not true.

instead of simply trying to get to know who I am first, now he/she wants to know about me after realizing his/her statements to me WERE general bashing of liberals and democrats. he/she even followed me on twitter, which he/she has the right to do, but I have the right to ignore.

@tamranyc Are you a Veteran?

@tamranyc just wondered from looking at your profile. I was going to thank you for your service.

@tamranyc I can do that, only wish it would help. We owe our military & their families far more than they have received.

😐 Here’s the thing about Jim Crow Benefactors: they want to know who/what you are before they will treat you humanely, even if you’re polite or just standing in their presence. And once they find out you don’t agree with their hatriotism, their savage ways are instantly displayed.

Whereas in this country, we have a democracy. You’re free to pick whichever political party you want, vote as you choose (when your vote is not being suppressed).

You’re free to express your views as long as your views aren’t the equivalent of shouting “fire in a movie theater”, i.e., encouraging harm or blocking movements and basic civil rights of others. Ironically while today’s Strom Thurmond-GOP screams, “tyranny“, they’re encouraging harm, blocking movements and obstructing civil rights of others. Meanwhile, want to be all-inclusive regarding basic and civil rights.

“If you do not understand a particular word in a piece of technical writing, ignore it. The piece will make perfect sense without it.”
— Unknown