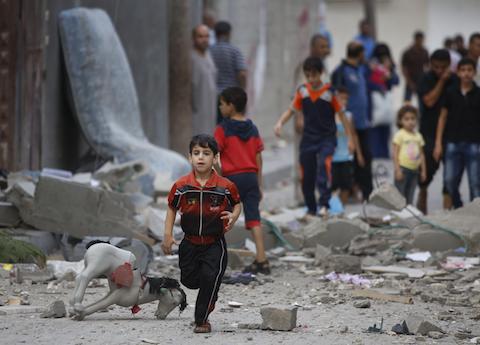 Michelle Malkin and klan launched the following hashtag: #HamasBumperStickers WHILE bombing in progress, including children getting bombed. The big irony is the ongoing conflict’s root cause is Israel expanding beyond borders and displacing and restricting residents of Gaza in the process, and borders #tcot screams about PROTECTING here to keep the “scary Mexicans” out, but love the idea of infinite expansion when it comes to Israel! There’s that #tcot hypocrisy again!

These comments from @IMAUMBN are all UNSOLICITED!! But note, their final: go away AFTER coming my way, unsolicited!

Michelle Malkin incites bombing of children for land grabs from Israel, and has a cheering squad for it. Fortunately, this person has been suspended.

@ilovemytroops WOW! You are one angry woman!…try the massaging shower head and a glass of Merlot! #SexuallyFrustratedNastyHagSpewingBile

@ilovemytroops GREAT…another loser with a blog! Seriously, you seem like an angry woman,,,try the shower head and the wine!

@ilovemytroops You seem a little slow….STFU and GO AWAY! I’m not your Twitter pal!

“Man who fight with wife all day get no piece at night.”
— Unknown