ConfusionRoad.com – Poor Bastard Of The Year 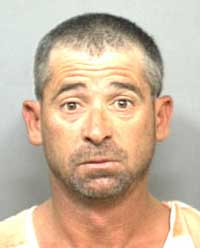 All my life, I’ve had nothing but rotten luck. Every traffic light I hit is red, and my toast always lands buttered side down. Maybe I’m being punished for something horrible I did in a previous life. I can’t think of any other explanation. And now, I can hardly believe it, but my luck just took another turn for the worse – I’m addicted to crack!

But let me back up. Like I was saying, this crack addiction that fate has cursed me with is just one in a lifelong string of misfortunes. It all started when I was in school, where, as luck would have it, I rarely got anything better than a “D.” No matter what I did, my test answers never seemed right. If it was a true/false question, and I answered true, you could be sure that the answer was false. Or vice-versa. How can you win when you’ve got the odds stacked against you?

When I got out of school and started looking for a job, my luck didn’t get any better. I filled out one job application after another, and went to interview after interview, but they were always looking for qualifications I didn’t have. Even in those rare cases where I had everything they were looking for, I’d also have something they weren’t looking for. Like a criminal record, for example. Doesn’t that just beat all?

I forgot to mention my criminal record. That’s another area where I’ve been frowned upon by destiny. Since I was a teenager, it always seemed like the cops had it in for me. If they weren’t hauling me in for shoplifting or vandalism, they were busting me on a DUI. Before I knew it, I had a rap sheet longer than my resume. Can’t they give a guy a break?

The DUI was, of course, the result of another burden that God has chosen for me: alcoholism. Now, I understand that everybody’s got their health problems. Some people are born with heart conditions, or mental disabilities. But I’ve been given an especially cruel curse: one that I’ll have to struggle with, physically and emotionally, for my entire life. Modern medicine offers very little in the way of treatment, and there is certainly no cure. What did I do to deserve this? As a young man, I found myself unemployed, on probation, and an alcoholic – and I asked myself, can things get any worse?

That’s a stupid question, because if there’s anything I’ve learned in my bum-luck life, it’s that things can always get worse. One day I learned that the hard way, when all of a sudden, out of nowhere, I was smoking a crack pipe!

At that point, I could see what was coming. I knew I was going to gradually descend on a sickening spiral of habit, dependency, and finally, addiction. But it was too late. Every time I had a piece of the rock, my condition seemed to worsen. Now I’m a full-fledged addict, and I’ve got to beg, borrow and steal – literally! – to get money for my next fix.

How’s a guy supposed to live his life under these circumstances? How’s a poor, hard-working American supposed to support himself and his five kids and two ex-wives when God keeps asking him to bear one burden after another? It’s enough to make you question your belief in God, or to think that, if he does exist, he must be some kind of sadistic tyrant.

Anyway, I’ve got a lifetime’s worth of bad-luck stories I could tell you, but I’ve got to go – my doctor’s on the phone. He’s probably calling to tell me what’s causing these itching, painful blisters. What next, Lord, what next?

“It isn't pollution that's harming the environment. It's the impurities in our air and water that are doing it.”
— Dan Quayle