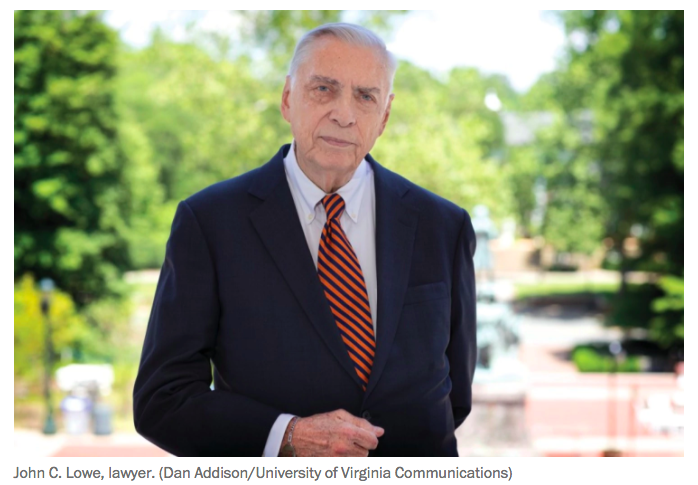 John C. Lowe, lawyer who sued to have women admitted to U-Va., dies at 80

“After the 1973 siege at Wounded Knee, S.D., in which two FBI agents were killed during a standoff with American Indians, Mr. Lowe helped win an acquittal for one of the defendants.”

“Through the years, Mr. Lowe handled many pro bono cases, including the controversial defense of Robert R. Garwood, a Marine captured in Vietnam in 1965 at age 19 and held prisoner for 14 years.

He was the longest-serving POW of the war and the only one charged with desertion and collaboration with the enemy.

Mr. Lowe mounted one of the first cases using post-traumatic stress syndrome as a defense, arguing that Garwood was driven insane by his years in captivity.”