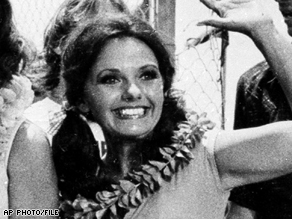 but let that woman go. damn, it’s just pot!! she wasn’t a crack or cokehead on a binge, geesh! half the good shit in this country wouldn’t have been done or invented without pot. Einstein wouldn’t have thought so much. but from what I understand, the “founding slave fathers” were regular users of opium.

but Mary Ann spent years on an island, stuck with Gilligan and the Skipper too, the millionaire and his wife, the movie star…and the Professor.

give that woman a pass! Please.

and what the hell else is there to do in Idaho??

besides sex and cow tipping and traveling to Minnesota to solicit men in public restrooms while working as a Senator??? come on…

She was sentenced February 29 to five days in jail, fined $410.50 and placed on probation after pleading guilty to one count of reckless driving.

Under a plea agreement, three misdemeanor counts — driving under the influence, possession of drug paraphernalia and possession of a controlled substance — were dropped.

On October 18, Teton County sheriff’s Deputy Joseph Gutierrez arrested Wells as she was driving home from a surprise birthday party that was held for her.

According to the sheriff’s office report, Gutierrez pulled Wells over after noticing her swerve and repeatedly speed up and slow down. When Gutierrez asked about a marijuana smell, Wells said she’d just given a ride to three hitchhikers and had dropped them off when they began smoking something. Gutierrez found half-smoked joints and two small cases used to store marijuana.

The 69-year-old Wells, founder of the Idaho Film and Television Institute and organizer of the region’s annual family movie festival called the Spud Fest, then failed a sobriety test.

Wells’ lawyer, Ron Swafford, said that a friend of Wells testified he’d left a small amount of marijuana in the vehicle after using it that day, and that Wells was unaware of it. Swafford also said several witnesses were prepared to testify that Wells had very little to drink at the party and was not intoxicated when she left. He said she was swerving on the road because she was trying to find the heater controls in her new car. 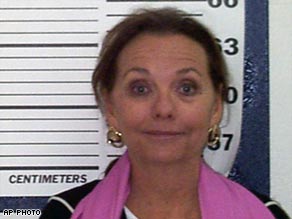 Wells was arrested October 18 after failing a sobriety test.

“Yo mama's so old, she DJ'd at the Boston Tea Party.”
— pimpdaddy.com