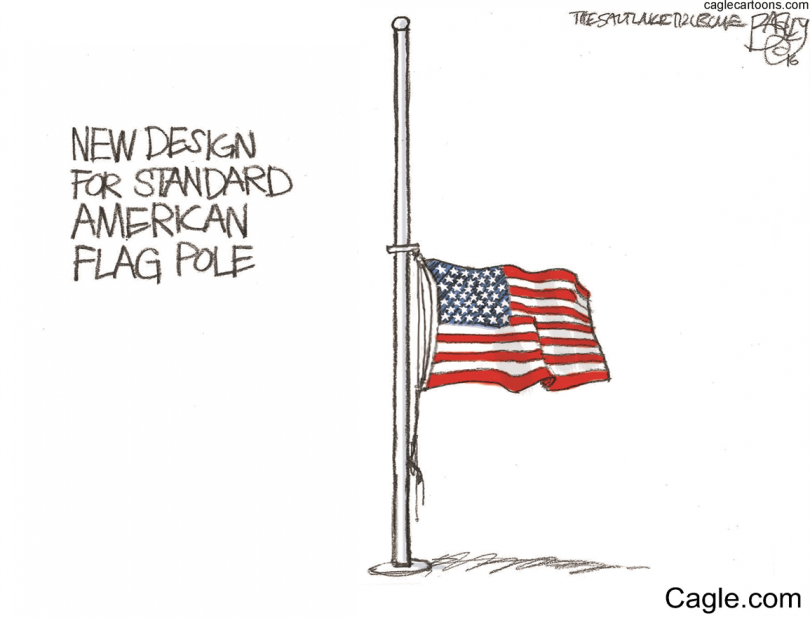 NRA HQ, which consistently and repeatedly whips its members into a SALES frenzy by telling them, “liberals are coming for your guns”, claims

it’s unaware of the threatening, menacing, harassing, intimidating and outright intentionally psychotic behavior of its members. 😮

Per, Paul of NRA HQ’s “legislative group, he’s unaware of such activity AND claims that NRA doesn’t promote or condone that type of behavior. However, when Paul was asked directly if NRA has ever advised its members NOT to do so, Paul refused to answer the question and deflected around the question which was repeated more than once to Paul. Paul also couldn’t/wouldn’t provide his last name because Paul knows what types of misguided, enraged and violent members NRA is purposely selling expensive guns and memberships to. Certain misguided members think their NRA membership entitles them to harass, alarm, threaten, intimidate, stalk and even kill others it perceives as a “threat to their freedoms”.

And note the above is NOT true, especially given 1921 Tulsa Oklahoma Race Riot wherein NRA armed WHITES to target innocent blacks over an assumed elevator incident, as well as armed and provided membership to Byron DeLaBeckwith, Robert Chambliss, Edgar Ray Killen and other klan trash.

Hundreds of thousands of citizens are being targeted for harassment, menacing, intimidation and death threats by ACTUAL NRA members. Open-carry terrorists (NRA members) actually show up on numbers to stop movements of and intimidate anyone who speaks of “gun control” and “gun safety”, things, terrorists would oppose. That activity alone in itself makes NRA our nations largest domestic terrorist group, while NRA plays the, “we’re unaware of such activities.”

So here’s the plan:

Here’s the reason we should be diligent

.@misgunception ok let’s expound on this: would @MomsDemand have approached your “allies” 1st. or did @NRA @nranews allies seek them out?

@tamranyc Again, not defining characteristics. And I’ve had @MomsDemand allies suggest I kill myself, so what does that make them?

2. NRA members’ actions are consistent with that of Ku Klux Klan’s actions – threats, intimidation, gathering in large groups with intent to frighten others and desire to eliminate self-perceived threats. However, how KKK was finally stopped :clap::

NRA member actions are terroristic with intent, plain and simple. They’re some of the most vile persons on earth, with a sense of entitlement bestowed upon them by NRA. These menacing and threatening NRA members don’t think they have to be tolerant of others, but believe others should bow to them, and they’re willing to threaten, harass, intimidate, stalk, menace until only their voice and views exist.

People asking for simple gun safety regulations and restricted access for persons who shouldn’t be anywhere near guns are not threatening NRA members’ way of life, they’re simply trying to save lives, while NRA tells its members one thing, but believes otherwise:

“NRA staff is armed, while visitors are disarmed” – as in visitors, regardless of who they are, are restricted to a GUN FREE ZONE for NRA staff’s safety and security because of THEIR fear of a GUN ATTACK.
www.dailykos.com/story/2012/12/21/1172739/-I-Called-the-NRA-Today-Oh-Boy

Wayne LaPierre once called for universal background checks and closing gun loopholes, then later whips NRA members into a SALES frenzy only after loophole closed by a brown-skinned President Obama:

The irony is NRA members will learn via their own threats, intimidation, harassment, menacing and more, that the pen IS mightier than the sword!

“You can't separate peace from freedom because no one can be at peace unless he has his freedom.”
— El Hajj Malik El Shabazz (Brother Malcolm X)