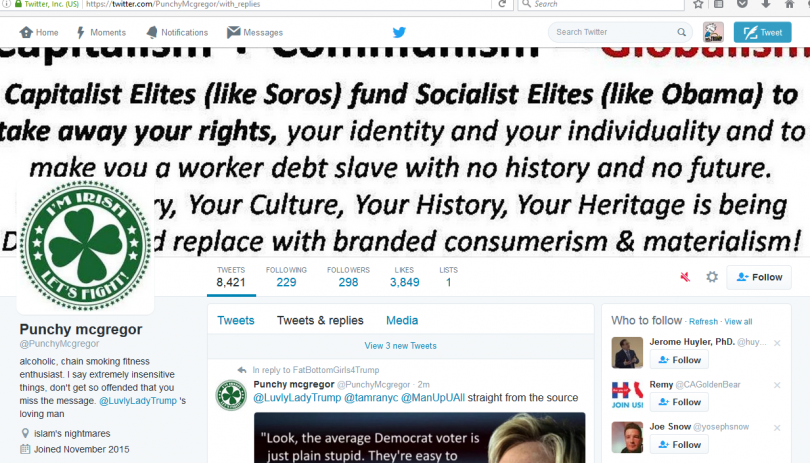 @PunchyMcgregor and @LuvlyLadyTrump (who’s now suspended) roam twitter to educate others on behalf of Pussy Grabber-Donald Trump. They’re so proud of Donald Trump, they prefer to stay anonymous.

But peep its bio, for which the question was asked by both: show me anything racist I’ve said.

Both accounts have sick, morbid obsession for Barack Obama, Hillary Clinton and “liberals”, while professing their self-taught and errant knowledge of blacks. And their expectation: educate others about Barack Obama, Hillary Clinton, liberals and blacks while they themselves have zero clue of whom they’re talking to nor what they’re talking about. Both accounts read beyond words given to them (read more into actual words) and are sooooo used to confronting and attacking people to conform to them, they can’t understand a direct question, which would be lovely for a federal investigation.

But the accounts “roaming together” immediately reminds me of the pairing of Karla Homolka and Paul Bernardo. 😮 A match made in hell, which is ironically where both (if it’s not just one person with two “personality” accounts) have imprisoned themselves to.

most disturbing comment: Brock Turner couldn’t have raped because he was drinking. 😮 fits right in w/ GOP-rape is a beautiful thing, huh?

Anywhooo, I had fun toying with them,

But I truly hope both “accounts” keep talking and roaming twitter so that the world can see the ignorance following Trump. Both have to know they’re ignorant, else they’d use their actual names, instead of hiding like the actual coward, racist creeps they are. 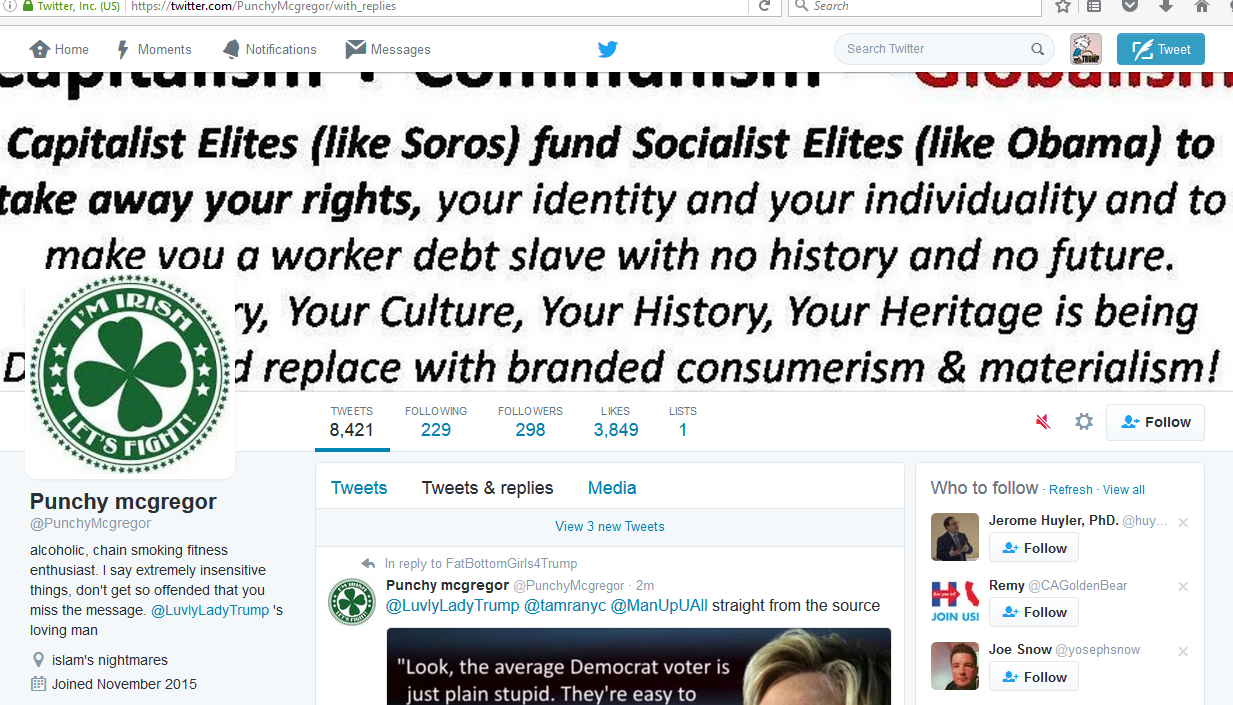 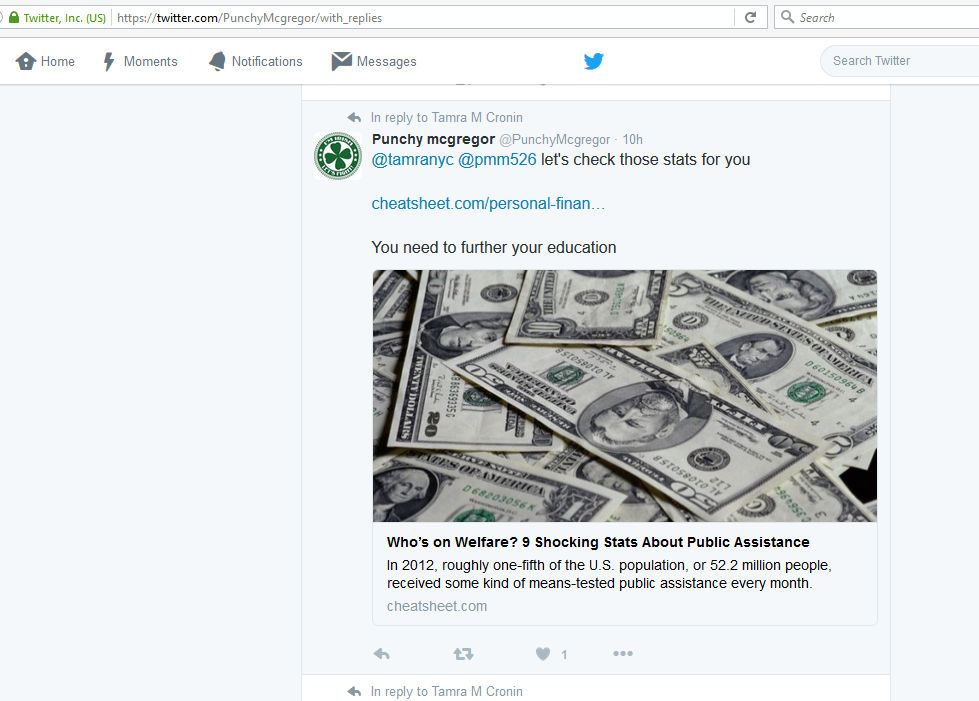 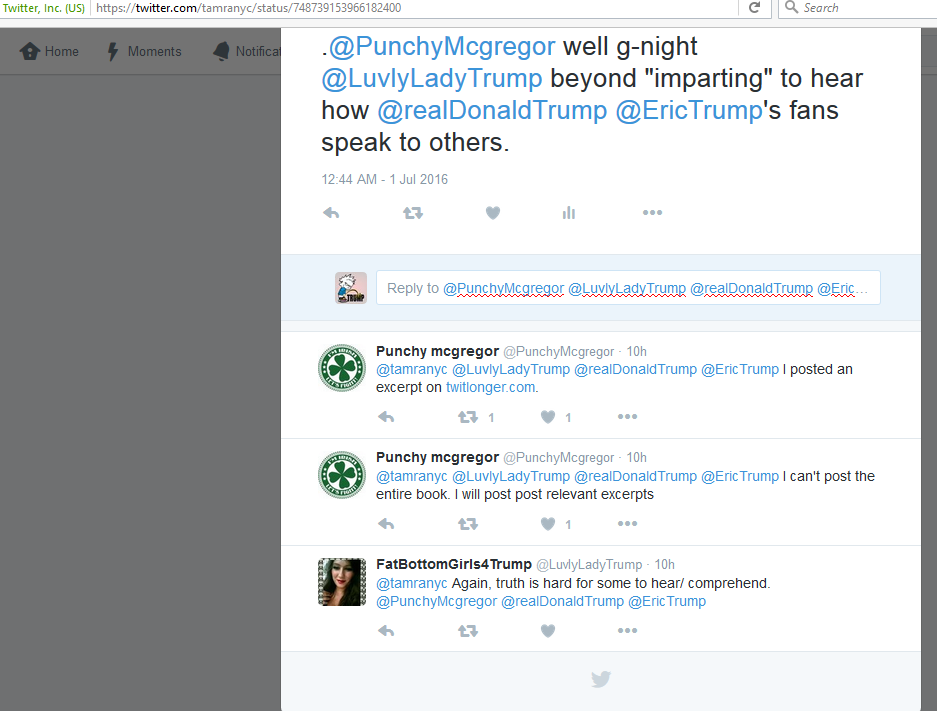 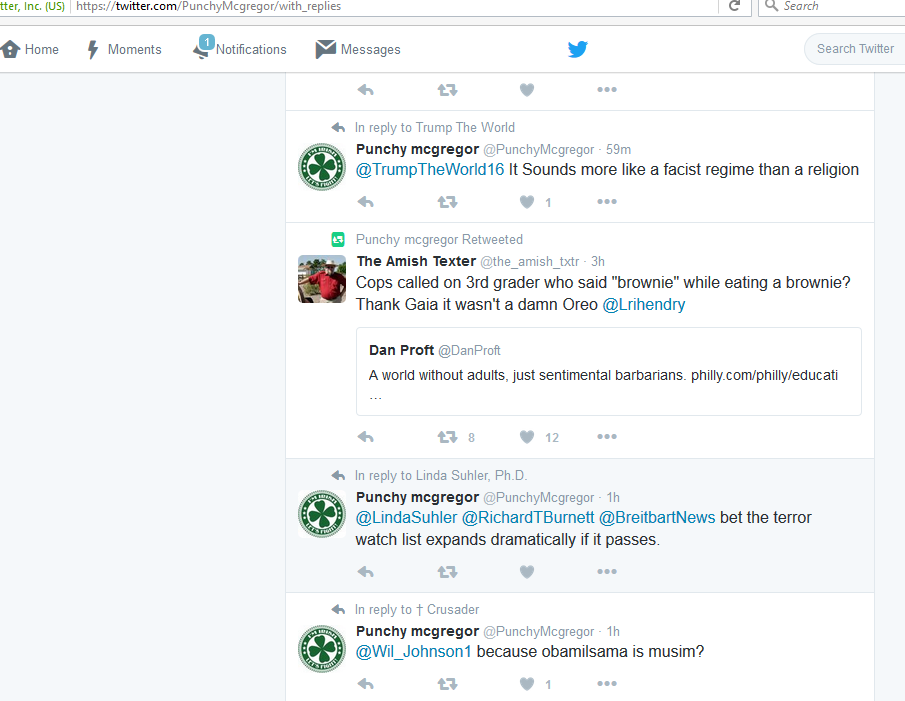 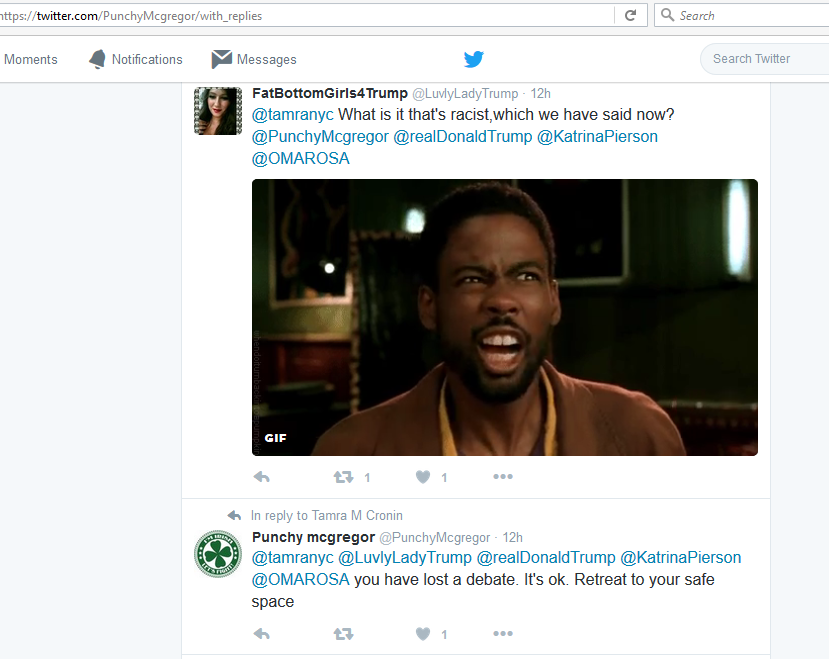 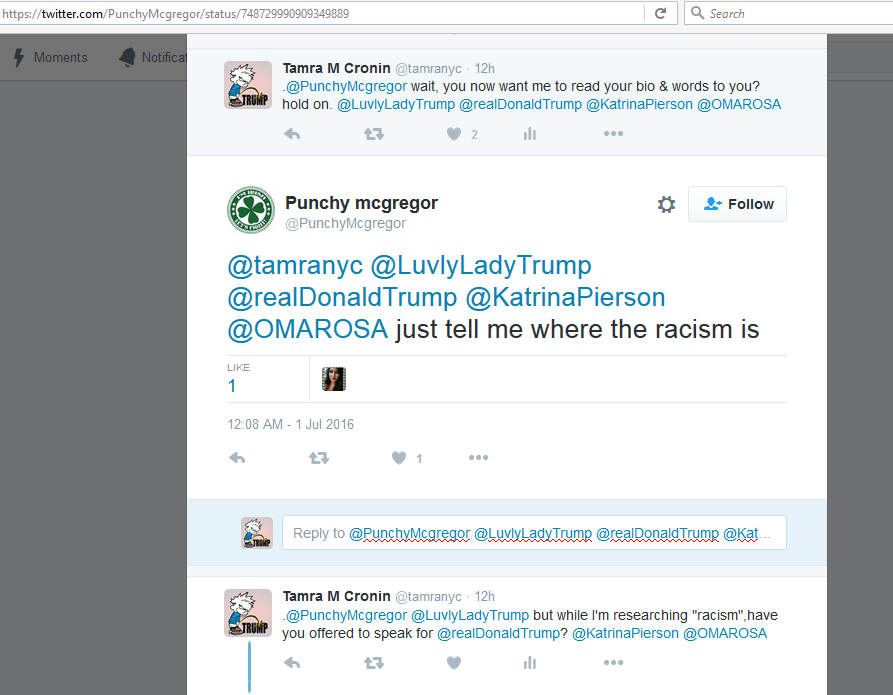 And while “Punchy” just cannot see its own racism, take a look at its followers which includes white nationalists and other flaming racists, including consummate racists, Linda Suhler (who claims to have a Ph.D. but sounds like a 10-year-old neo-Nazi child) & @BraveLad (who’s a follower of EVERY. SINGLE. WHITE. RACIST. on twitter).
https://app.box.com/s/v2hy7n96p863i88xwwuo8iir8rcbsvu7

Almost all of its followers are previously blocked pro-KKK harassers. Thus “Punchy” stopping by is wayyyyy too much of a coincidence, but a case of stalking with assumption that I’ll run off scared from racist garbage like them a/k/a shit on sidewalk. You step over shit on sidewalk and keep moving forward.

And given all of the above, congrats, Madam President Hillary, you got this! All Trump has to do is keep talking, while his fans ensure your win.

“An eye for eye only ends up making the whole world blind.”
— Mahatma Gandhi